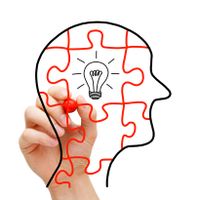 Say for example I believe the Sharks are the best rugby team in the world I will focus on data that confirms that and ignore data that contradicts that (like their inability to win anything in recent years).

A real-world example would be a stock you have owned that has done very well, so naturally you love that stock. Hence you keep on searching for information that suggests you should hang onto the stock while ignoring possible information that says could be changing for the worse with the stock.

The point is that with confirmation bias we’re not actually doing true research as it should always be done with an open mind. Instead we’re merely trying to confirm an existing belief.

To avoid this bias, we need to use strong processes in our trading and investing.

As a trader, I only trade mechanical systems so there is no research or opinion allowed into my trading systems, this removes any biases (if I stick to the rules). Have a checklist that defines the process before entering a trade, and which forces you to focus on both sides of the bias (positive and negative).

As an investor your checklist would force you to look at all important aspects of a company rather then let you get carried away by a few points that look positive. For example a companies growth may seem awesome and we get blinded by that growth potential but miss the massive amount of debt that expires soon and which the company currently can’t repay. So a checklist would include a number of fundamental pieces of data that you’d have to examine and check off before one is able to actually invest. Importantly not everything on the checklist will necessarily be positive; a few negatives is not the end of the world.