Every so often an unexpected and heartwarming story about Africa comes along—one that manages to do that rare thing of providing a confluence for dedicated bottom-line chasers, trade-not-aid policy makers and those who say business should be done with a human face.

Guinea’s private investment promotion agency, known by its French acronym APIP, has said some 4,000 small and medium-sized companies would be created in the West African country this year. 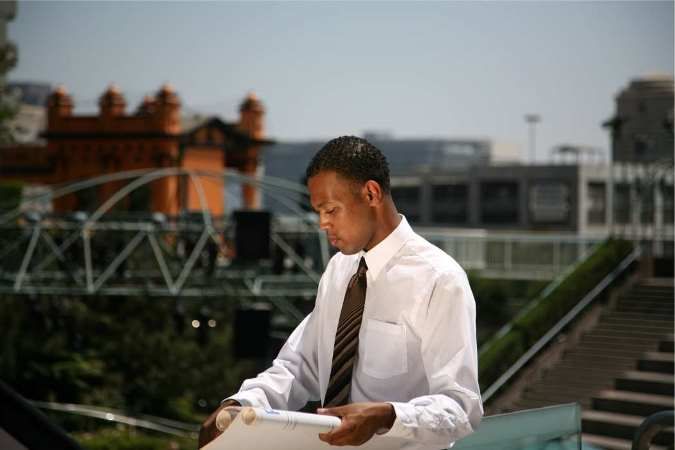 The majority of these would be entrepreneurs, meaning the fragile country is taking a big step towards fortifying stability. Entrepreneurs, especially young ones, are seen as a bulwark against social unrest, as countries facing high or fast rising unemployment are particularly vulnerable to crime and radicalisation or other civil and political upheaval.

How did it do this? In a very simple way: eager to get back on its feet, the government has cut the time needed to set up a company from months to just three days.

For Guinea, it is crucial that it stimulates its economy now: Most of the recent coverage around it has centered on the ravages of Ebola, a disease that has threatened to tear apart its way of life and sink a commodities-dominated economy already battling winds from the volatility of its global markets. Additionally, the country faces an election in weeks.

While spared economic damage on the scale of Sierra Leone where the economy is forecast to shrink by nearly one-quarter this year, the damage to Guinea has still been immense: a 0.2% contraction this year, on the back of just 1.1% growth last year, reining in the brisk growth in agriculture.

To its credit, Guinea, while recognising that outside help is crucial, did not leave donor help as its only path back up, with a focus on more sustainable growth, which earned it plaudits from a visiting IMF team in May.

Liberia, also worst hit by Ebola, is currently atop of the World Bank's Ease of Doing business 2014 rankings for Africa. A Liberian business takes on average five days to start, the same period as in Burundi, where the headlines this year have threatened to drown out the significant business reforms that have taken place.

But there is a bigger trend around the region worth highlighting: West African countries make up half of the 20 countries where it is easiest to start a business in Africa.

Until now, most of the focus in an admittedly English-dominated global media has been on the East and the Horn of Africa, where stars such as Rwanda and Ethiopia continue to hog the limelight.

Rwanda, where a business can take off in just a week, and Burundi, are the smallest countries territorially of the five-member East African Community (EAC) bloc, which has been identified as leading in continental business environment reforms.

Another trend is about size. A look at the other three EAC states show that sometimes, small really is beautiful. It for example takes 26 days to start a business in Tanzania, 30 days to get going in Kenya, and 32 in Uganda, suggesting that while bloc reforms are attracting praise, there is still some distance to smooth the path for both external and internal finance.

If you are wondering about the other extreme, it takes 135 days to start a business in oil rich Equatorial Guinea—a third more of the time in the second most time-consuming country—Zimbabwe where 90 days are needed to start operations.

It seems to be a trend prevalent in resource rich countries, where dependence on oil and diamonds tends to draw all resources to that sector, leaving little room for entrepreneurs. And when the ground underneath shifts, such as the crash in prices, there is little wriggle room for resilience.

In this way, there is a lot the West African economies hit by Ebola can show the rest of Africa-it’s all about building up your entrepreneurs.