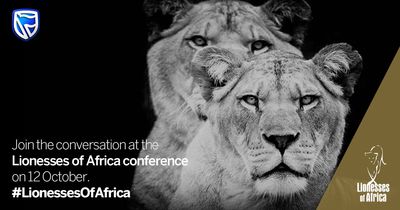 Lionesses of Africa, the social enterprise and popular digital home for 200 000+ women entrepreneurs throughout Africa, will mark the two-year anniversary of its launch with a special event taking place today in Johannesburg: The inaugural Lionesses of Africa Conference 2016, to be held at the Inanda Club, will bring together an estimated 200 women entrepreneurs from all corners of the continent with the goal of further developing and supporting female-lead businesses.

Lionesses of Africa Founder and CEO Melanie Hawken believes that the insights of the attending entrepreneurs are critical to empowering a new generation of women who are following in their footsteps. She believes that by sharing their combined knowledge and experience, and by connecting for greater business success, a new, women-centric and opportunity-filled entrepreneurial landscape can be created in Africa.

Under theme of Powering a New Era of Women’s Entrepreneurship in Africa, women at the conference will discuss the major challenges affecting the continued growth and development of women’s entrepreneurship on the continent, explore possible solutions to some of those challenges, and celebrate those who are making a difference. Delegates can also look forward to the launch of some exciting new initiatives, an Open Innovation Competition launched by GE Africa Innovation Centre, addresses by inspirational guest and keynote speakers, a cocktail party showcasing luxury products created by some of Africa’s leading female designers, and entertainment from DJ Thalia and saxophonist Ayo.

According to Funeka Montjane, Chief Executive Officer, Personal and Business Banking South Africa at the conference‘s lead sponsor, Standard Bank, supporting women entreprenuers across the continent through the conference has boosted the bank’s main vision of driving Africa’s growth. She also brings attention to the fact that the financial institution supports and encourages female entrepreneurs in many ways, from taking them on as clients, to sponsoring events such as these and the upcoming Lioness Lean In Breakfasts.

Ms Montjane further asserts that women on the continet are moving forward; the Lionesses of Africa Conference 2016 is not just a partnership, but a way to engage with ambitious women and deliver to them what matters.