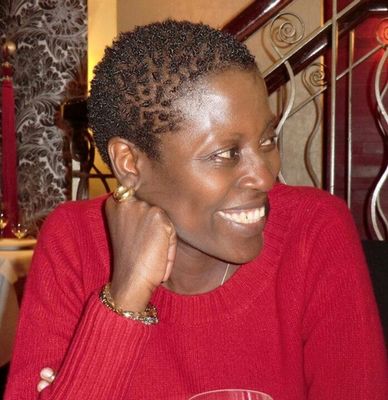 Tanzanian haematology expert Dr Julie MakaniWhat does it take to make a difference in the lives of people in your community, your country, your continent, or even the world? There probably isn’t even a recipe, but whatever it is that fuels one to make a big difference, there’s an infinite list of Africans who possess the ingredients.

These are some of those big thinkers who inspire the world with their life-changing work.

South African entrepreneur Elon Musk has made tremendous strides in revolutionising transportation on earth and in space. The founder of electric-car maker Tesla Motors has helped popularise the use of electric vehicles. Through his other business, SpaceX, a space transport services company, the 45-year-old has commercialised space flight. His company plans to launch the first humans to Mars in 2024, with a planned arrival in 2025.

Sickle-cell disease (SCD) is one of the major health problems in Africa. An inherited disorder, it affects various organs and red blood cells, inhibiting blood flow. Tanzanian haematology expert Dr Julie Makani is one of those leading the fight against SCD: she co-founded the Sickle Cell Foundation of Tanzania, an organisation that works to prevent and manage the disease.

Born in Accra, Ghana, Patrick left his home country in 1985 to study in the United States. After completing his studies, he worked for Microsoft where he made millions managing a project for dial-up internet access. He returned to Ghana in the late nineties to establish Ashesi University, and so realised his dream of creating an institution that will make a difference on the continent. The school offers degrees in business, information systems and computer sciences.

South African Mark Shuttleworth made history in 2002 as the first African to fly into space, while also being the world’s second self-funded private citizen to do so. Apart from his history-making feat, Mark is known for his entrepreneurial genius and IT innovations, along with his efforts in improving access to quality education in his home country.

27-year-old South African Siya Xuza’s name is already being mentioned among the continent’s brightest minds. The Harvard-educated engineer invented a homemade rocket fuel, earning him a gold medal at the Intel International Science & Engineering Fair in the United States. His achievement also inspired the Nasa-affiliated Lincoln Laboratory to name a minor planet in his honour; Siyaxuza.