Ahead of the Henri Matisse|Rhythm and Meaning exhibition at Johannesburg’s Standard Bank Gallery an Art Bus travelled to Soweto primary schools in South Africa, where student teachers from the University of Johannesburg gave art workshops and provided learners with educational workbooks, inspired by Matisse’s artworks and motifs.

The Art Bus visited various primary schools, bringing the magic of art to life for young minds. Learners from township schools will be taken on walkabouts at the Standard Bank Gallery and will also be treated to a cut-out workshop, echoing one of the techniques for which Matisse is renowned and which he called “painting with scissors”. 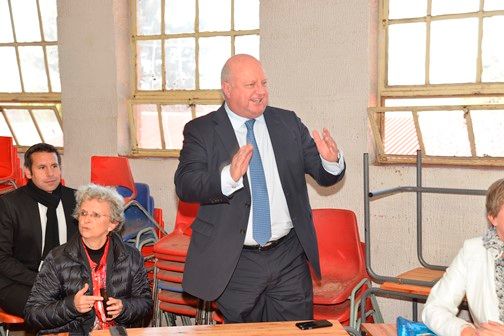 Ben Kruger, our joint CEO of Standard Bank Group at a Matisse school outreach drive visited Leitsibolo Primary School in Soweto, South Africa to hand out educational workbooks.Learners from all the primary schools received the beautiful workbooks, crammed with stimulating creative activities that focus on Matisse’s use of colour and his impact on South African contemporary art. The interactive exercises are themed around Matisse’s work, including drawing masks and designing a “pop-up” room. 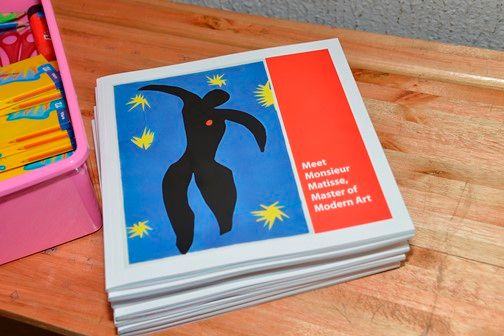 Matisse is known for boldly forging a new 20th century visual language, and through this outreach programme his pioneering spirit will be explored in a lively and vivid way to spark an interest in art among the learners.