Like other commodity-producing economies, Côte d'Ivoire had a tough 2016, but this will do little to diminish its expected GDP growth of about 8%. This is what acclaimed journalist Nikiwe Bikitsha learned on her latest Africa Connected journey to the West African country.

Long associated with chocolate and coffee, Côte d'Ivoire has so much more going for it – though cocoa and coffee beans are two of its main exports. Today, the Ivory Coast is the largest economy in the West African and Monetary Union, contributing to about 40% of the union’s GDP. Compared to other countries in the region, it also has a relatively high income per capital of USD3 600. 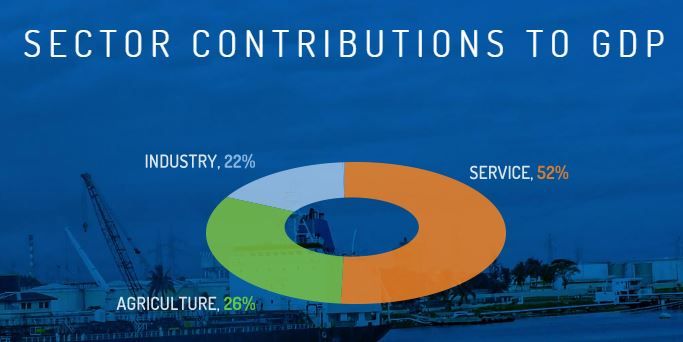 So, what’s the secret to Côte d'Ivoire’s economic success? Nikiwe interviewed a number of banking, law and economic experts to find out.
Business and Corporate Lawyer Michel Brizoua believes the country’s legislative framework is welcoming to foreign investors. Besides in highly regulated sectors, such in the mining industry, foreigners can establish themselves with 100% business ownership, and set up a business in roughly 24 hours.

This view is also held by James Osterloh, Chief Operating Officer, Stanbic Côte d'Ivoire. He revealed that the Ivory Coast’s business environment is very positive, saying that people generally come across as pro-business and progressive. “Brand South Africa” is especially welcome in the country, as Ivoirians look to South Africa for innovation.

In terms of investment opportunities, the general consensus among Nikiwe’s chosen experts is that investors are spoilt for choice: Hervé Boyer, Director General, Stanbic Côte d'Ivoire, says the Ivory Coast is a “land of opportunities” in which “all the elements” exist, including low costs of doing business. In terms of energy, Côte d'Ivoire is a net exporter, and will soon double production to meet the requirements of its economic growth and the needs of the countries around it. Infrastructure is booming; though already excellent, 31% of all government expenses are related to infrastructure projects. Mining is also on Mr Boyer’s list, as 11% of Côte d'Ivoire’s GDP come’s directly from this sector.

It seems like solid investment prospects are everywhere, and Mr Osterloh agrees, saying that when an economy is booming like Côte d'Ivoire’s, opportunities are widespread, and thus Stanbic Bank is seeing invest from “really diverse” sectors.

Of course, any country will present challenges. In the case of the Ivory Coast, the biggest challenge, as believed by Mr Osterloh, is language. Côte d'Ivoire is a French-speaking nation – in fact, one of the reasons Stanbic Bank opened a subsidiary there was to expand operations into Francophone Africa. However, the language barrier is not insurmountable. Mr Osterloh suggests it can be overcome by working with local partners.

It seems Côte d'Ivoire offers more in favour of investing than not. According to Mr Brizoua, “Côte d'Ivoire can be seen as the best business destination in Francophone Africa.”