Collaboration is the best defence against the fall armyworm

Collaboration is the best defence against the fall...

Fall armyworm is devastating crops in East and Southern Africa causing alarm and talk of threats to food security. Native to the Americas, this caterpillar of the Lepidoptera order which first appeared on the continent early in 2016, eats everything in an area, and once the food supply is exhausted, the entire "army" moves to the next available food source.

It has attacked maize crops in at least seven countries in the region, and could spread to sugar cane in KwaZulu-Natal, South Africa, where the warm climate would help it to survive throughout the year, according to an article published in the South African media on 20 February. However, the South African Agricultural Research Council says there aren’t any reports yet of infestations of sugar cane, and in South Africa, the vast bulk of the commercial maize crop has not been damaged and national food security is not at risk. 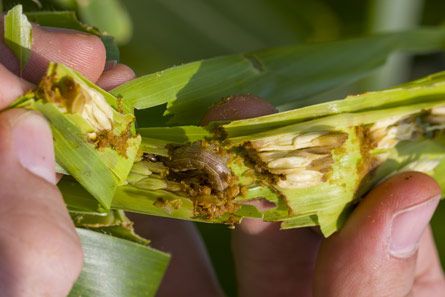 The best vaccine is swift, sector-wide and cross regional action to deal with this and other threats, says Bertie Hamman, Senior AgriBusiness Manager at Standard Bank, which is a major financier of the agribusiness sector. This has been shown in South Africa, where farmers, scientists, agro-chemical companies, industry bodies and regulatory authorities have worked tirelessly together since January to put preventative measures in place and register patents to combat the threat.

“Global food systems are complex and multinational. Today it is very common for farmers to harvest a crop which was grown from input supplies coming from all over the globe. And then this same crop gets processed in another country and consumed in yet another,” Bertie says. Bertie says the bank is encouraged by the collaboration shown across industries and sectors in South Africa to eradicate the disease. “It demonstrates how well agribusiness can function, together with regulators. This co-operation will likely avoid a much larger crisis and gives stakeholders like Standard Bank the confidence to invest in the sector.”

The power of regional and sectoral collaboration to fight fall armyworm and other diseases is echoed by an emergency meeting in Harare on 16 February organised by the Food and Agriculture Organisation (FOA) of the United Nations, where sixteen East and Southern African countries set out urgent plans of action to boost regional capacity to manage emerging crop pest and livestock diseases, including armyworm and avian influenza.