Divide and conquer: diversification in the forex market

Divide and conquer: diversification in the forex m...

You don’t have to be an expert at high finance to see the wisdom in the old proverb about not keeping all your eggs in one basket. It’s why no sensible investor would ever go all-in on any asset class. (Those who had only invested in commercial property, for example, would have spent most of 2020 watching rapidly devaluing fund statements.) That’s the wisdom behind diversification: it’s all about lowering risk and not losing money.

That may be true about investment assets (more on that later), but does it also apply to foreign exchange? Yes – and here’s how.

By expanding your view away from a single currency (say, the rand or the US dollar) and towards a diversified set of currency pairs (say, the rand and the US dollar), you’ll see better returns and lower risk. The more diversification you add to that portfolio – or so the theory goes – the truer that will be.

As with investments, real diversification means more than just holding lots of different currencies. Those currencies also have to behave differently, with one strengthening as another weakens so that your losses in one are offset by gains in the other. If you have a highly concentrated position in just one currency, then you’ll either win heavily or lose heavily, depending on how things turn out.

Currency is complicated. When you choose which ones to diversify into, it’s tempting to over-simplify matters. The US dollar, for example, is expected to weaken against the euro in the coming months. But while the EUR/USD currency pair is usually considered an attractive one (you’re talking about two of the world’s biggest economies), how might the euro balance off against the British pound or the Japanese yen?

And while the Australian dollar is generally regarded as very stable when it comes to risk factors like national debt and corruption (certainly when compared to a currency like a rand), is it really the best diversification against the South African currency?

Again, the rand is perceived as being quite volatile, with a daily range that’s often several thousand pips high (a PIP, or point in percentage, measures the change in the exchange rate for a currency pair)… but when you convert that into US dollar pips, is the rand really that much more volatile than, say, the British pound?

None of those questions has easy answers. That’s why, when it comes to currency, diversification means more than just a balance between two complementary pairs. Your portfolio could instead look something like 50% of one, 20% of another, 10% of two others and 5% each of another two. Exactly which currencies you allocate to those values will depend on a wide array of other factors, like which country you’re living in, where you’re moving to, and which country you’re intending to do business in.

As we said, the currency is complicated. (Even though buying, spending and storing forex is made easy with an app like Shyft.) 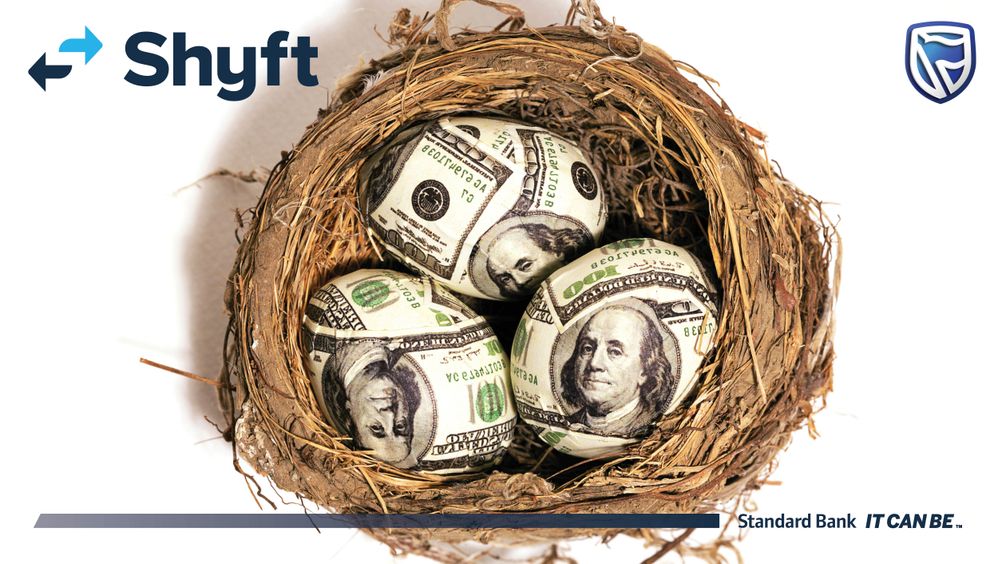 The case for diversification

So why, if it’s already so complex, would you want to make it even more so by adding in all that extra diversification? That’s a good question. Investment guru Warren Buffett doesn’t necessarily think that diversification is a wise strategy. “Diversification is a protection against ignorance,” he once famously said. “It makes very little sense for those who know what they’re doing.”

But then he qualified that by saying: “Risk comes from not knowing what you are doing, so wide diversification is only required when investors are ignorant. You only have to do very few things in your life, so long as you don’t do too many things wrong.”

He’d be the first to admit that, when it comes to national currencies, plenty of things can go wrong – and most of them will be out of your control. Brexit. Covid-19. A Trump tweet. Any (or all) of those has sent currency markets into a spin.

Standard Bank FX’s Tom Anderson insists that diversification remains a good strategy for those who have long-term goals. “If we think of things as investments rather than trades, a diversified portfolio is particularly important,” he says. “One needs to diversify between assets as well as regions. Bonds, property, equity and cash across more than one region will help aggregate any hiccups in specific places.”

And while you may not be interested in becoming a fully-fledged currency trader, Anderson’s advice for day traders applies to anybody who’s looking to diversify. “Do not seek data that gives a confirmation bias,” he says. “Rather look for reasons that upset your view.”

By understanding those complexities, and tapping into them, you’ll lower your risk and increase your returns. And that’s why you’re in the forex market, isn’t it?