According to the World Bank, the rate of female entrepreneurship is higher in Africa than in any other region of the world. The same institution estimates that nearly two-thirds of the continent’s women are participating in its labour force, paving the way for its current rate of entrepreneurial success. 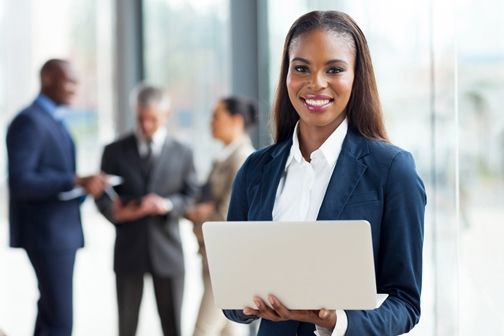 One of these women is Bethlehem Tilahun Alemu, the owner of multimillion-dollar footwear enterprise soleRebels. The Ethiopian national founded the thriving business within a decade from a humble workshop in an impoverished town not far from Addis Ababa. Now, her iconic and eco-sensitive footwear is advertised in fashion magazines from Toronto to Berlin, selling at $60 a pair.

Ms Alemu’s company currently employs over 100 workers, and the founder says that with each pair of shoes, she seeks to change people’s minds about Africa.

In 21st century Africa, women in the private sector also represent a powerful source of economic growth as ‘movers and shakers’ in various industries. For example, in South Africa, Sibongile Sambo has acted as a pioneer for women in aviation by founding and leading the exclusive charter-aircraft company, SRS Aviation.

Nigerian tycoon Adenike Ogunlesi built a regional children’s clothing empire from scratch - she started by selling pajamas out of the trunk of her car – while in Uganda, Lovin Kobusingye has set culinary tongues wagging (and stomachs rumbling) by exporting fish sausages from her home country to dining tables in Kenya, Burundi and Sudan.

Undoubtedly, there is a surge of opportunity in Africa for enterprising and determined women. What’s even more certain is that would-be female entrepreneurs are grabbing these opportunities with the enthusiasm and resolve they deserve.