Most people are familiar with Swedish furniture giant IKEA: their modern designs gracing countless homes around the globe with coveted northern European chic. But now, thanks to a chance meeting between two influential creatives from opposite sides of the world, some of IKEA’s pieces will soon look more African than continental.

Earlier this year, IKEA announced plans – now already well underway – to collaborate with Africa’s finest designers, architects and illustrators on a 40-piece furniture and homeware collection, the focus of which is “modern rituals and the importance they play in the home”. 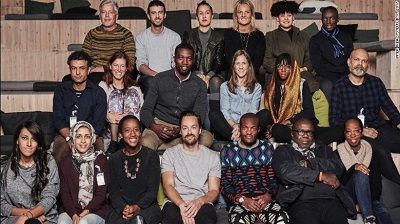 A main partner in this Afro-European endeavour is Cape Town’s Design Indaba, its founder Ravi Naidoo half of the pair who first conceived this project: at the Design Indaba Festival 2016 (an annual event that showcases Africa’s best creative minds), Naidoo serendipitously met IKEA’s Head of Design, Marcus Engman. The two men discussed an African-inspired range with Naidoo afterwards handing the Swedish Engman a list of talent dotted throughout Africa - from Rwanda to Senegal. Thereafter, the chosen artists were invited to a brainstorming session at IKEA headquarters in Sweden. In the following months, however, they worked separately to develop pieces for the collection, only occasionally corresponding with each other and the IKEA design team via Skype before prototypes were displayed at Design Indaba Festival 2017.

Like the Swedish furniture company with its vision to “create a better everyday life for many people”, the designers prioritise sustainability and affordability – the guiding principles of the collection. Emphasis is also placed on distinctive African styles, which, according to Naidoo, are under-represented in the global market. Naidoo believes the African aesthetic is not “terribly visible” in homes around the world, but once IKEA is seen to embrace it, other design houses will be emboldened to commission African artists.

Engman is also thinking of the long-term effects of this collection; he intends to sign African designs to his company and is considering plans to base production in more countries in Africa, where so far only Morocco and Egypt have IKEA stores.

“I see this as a start,” says the Swede. “We are constantly searching for new talent, and there is a lot of talent in Africa.””

It was a very interesting collaboration. I watched their show and I really liked what they did. I am glad that such large companies care about such poor countries and they are concerned about the fate of non-rich people. I also had a charity event in Goro Toa and our whole team chipped in for a new sectional for one shelter. We were then very uncomfortable with the conditions in which those children lived and we decided to order the furniture with https://nyfurnitureoutlets.com/living-room-furniture/sectionals/filter-pink .We also helped them in the future and we are still their main team sponsors.