Hospital of Hope opens its doors to the children o...

In a much-anticipated opening that will bring hope and world-class healthcare to the children of southern Africa, the Nelson Mandela Children’s Hospital (NMCH) opened its doors to 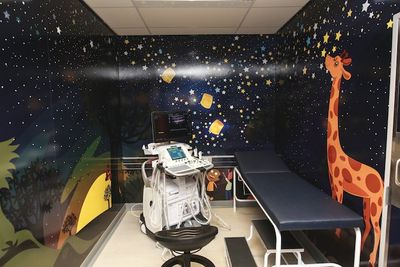 The Nelson Mandela Children’s Hospital brings hope and world-class healthcare to the children of southern Africa.admit its first patients in early December. As its name implies, the hospital was one of the passion projects of the late Nelson Mandela, who firmly believed that there is no better revelation of a society’s soul than the way in which it treats its children.

Before the completion of the life-saving facility, there were only four specialised children’s hospitals on the African continent. Now serving the entire SADC region, the Nelson Mandela Children’s Hospital will bring essential medical relief to an area flagged by the United Nations Children's Emergency Fund (Unicef) as having the highest risk of death in the first month of life.

Located on the campus of the University of the Witwatersrand in Johannesburg, the R1 billion, 200-bed facility was famous even before its opening as being child-centric in design; furniture and facilities are all child sized with wards containing a play area and family lounge. To make sure that it speaks the language of children, the hospital is colourful, including the medical equipment, with calming child-created art adorning the walls, hallways and gardens.

As well as featuring centres for excellence various medical disciplines, the hospital will also serve as a focal point for learning and medical practice in Africa: it’s staffed by 450 paediatric nurses who have undergone training for the past five years and 150 specialist doctors - some from renowned international hospitals - and will broadcast videos of operations, so medical practitioners in outlying areas throughout southern Africa can upskill. 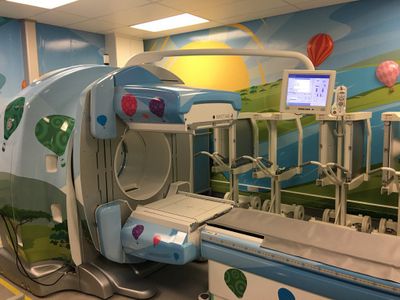 The hospital is located on the campus of the University of the Witwatersrand in Johannesburg.During a tour of the NMCH earlier this year, Joe Seoloane, Hospital Project Leader, said he is proud that he and others can officially say, ”Africa: here is a hospital for those conditions that you thought you needed to go to Europe for”.

Bringing such crucial healthcare to the youngest members of our society requires dedicated collaboration among partners who understand Africa’s needs and growth potential. According to David Munro, Chief Executive, Corporate and Investment Banking at Standard Bank, a project like the Nelson Mandela Children’s Hospital will undoubtedly shape Africa’s future positively, that’s why the bank was delighted to partner with the Hospital Trust in the development of the medical facility. He further says that the bank is equally proud to have worked side-by-side with General Electric (GE) in this endeavour, an organisation that, too, is committed to the progress and prosperity of the continent we call home.

Our collaboration with the Nelson Mandela Children’s Hospital Trust and GE shows the critical role of private sector investors in achieving sustainable healthcare and facilitating long term growth in Africa.