For Brenda Niehaus, our Group Chief Information Officer at Standard Bank Group, is it about remembering that during this era, IT at Standard Bank became a true partner to the business and re-established itself as an engineering discipline.

Josef Langerman, Head of IT Transformation at Standard Bank sat down with Niehaus to discuss her time at the Bank. 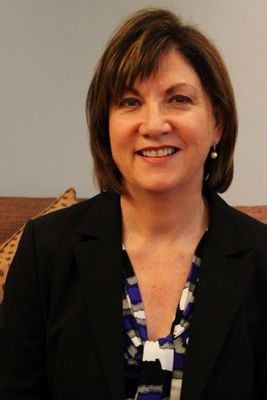 Some of the most important lessons that Niehaus has learnt during her time as CIO at Standard Bank is to never sweat the small stuff. Focus on the bigger picture that you are trying to achieve, she says.

Something that Niehaus learnt while in her role, was actually asking people to voice their opinions.

“Actually asking people for input was a learnt behaviour it wasn’t something that came natural to me and that’s been an important piece of who we are as an IT exco team,” says Niehaus.

Langerman adds that having guts to speak up moves the bank forward.

She adds, “Focus on what you are doing now and your next job with follow.”

When asked about the one skill that has defined her, she explains that it would have to be the ability to integrate things, or as she puts it connecting the dots by seeing the bigger picture, breaking it down and integrating it across other things.

If you thinking about applying for a position in Niehaus’ department, you’d better mind you Ps and QS, “I hire for attitude any day above hiring for skill, people can get skill, you’ve got to have the right attitude!” she exclaims.

And when asked if she only had 2 hours in the day at the bank every day what she would use them on, she said to come in and sit with groups of people asking the right questions.

The one thing Niehaus knows for sure is that change is constant and she advises that in today’s fast changing world we must embrace change and ensure we are resilient to change if we don’t want to struggle.

Listen to the full podcast here.

There are the great post online amazing work by to author see get free robux without human verification this is the best information for play it.