It's official: Art is alive and vibrantly kicking in Jo'burg

It's official: Art is alive and vibrantly kicking ... 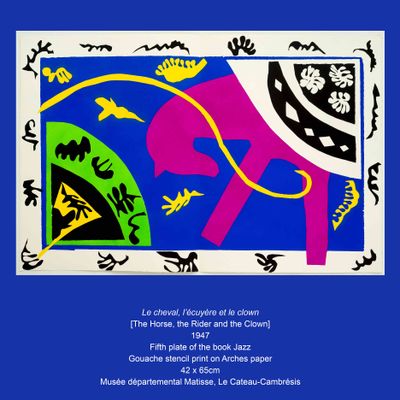 As the year draws to a close, Johannesburg can look back on an art renaissance anchored by a number of key exhibitions and events that have repositioned the city as an important artistic hub.

The Standard Bank Gallery’s Henri Matisse|Rhythm and Meaning exhibition closed on a successful note, having attracted more than 30 000 visitors eager to marvel at the iconic French artist’s versatility and range. The robust visitor numbers for this exhibition compare favourably with previous exhibitions of 20th-century modernists at the gallery and is exceeded only by 2006’s Pablo Picasso showcase, which drew 56 000 visitors.

Over the past few months, the city has hosted yet another well-attended Turbine Art Fair, the exciting new Keyes Art Mile in Rosebank opened to great fanfare, Art Week Joburg in September increased awareness of the city’s vibrant contemporary art scene, and the Walter Battiss “I invented myself” retrospective at the Wits Art Museum attracted widespread interest.

Following the lead of cities such as Cape Town and London, Jo’burg introduced First Thursdays, enabling members of the public to explore art galleries and cultural attractions until late on the first Thursday of the month. For the Henri Matisse|Rhythm and Meaning exhibition, the Standard Bank Gallery also extended its opening hours during this time, and introduced shuttles between the various art galleries and precincts.

Matisse’s body of work had been exposed to a wider audience thanks to community outreach programmes, free public walkabouts and innovative pop-up studios in the city giving the public the opportunity to create their own Matisse-inspired artworks. Matisse even went digital with South Africans able to have their Twitter profiles reworked into a Matisse “masterpiece” by using #MatisseMyPic.

The Embassy of France in South Africa and the French Institute are thrilled with the warm reception the Matisse exhibition has enjoyed from the public: visitors completely fell in love with his ingenious techniques and his fascination with bright colours and energetic patterns.

Said the French Ambassador to South Africa, Elisabeth Barbier, “Matisse was truly a master of invention and reinvention – he was a pioneer who mastered painting, sculpture, print-making and even paper cut-outs later in life – and we hope his rebellious spirit of creativity serves as an inspiration to budding young South African artists, showing them that anything is possible.”