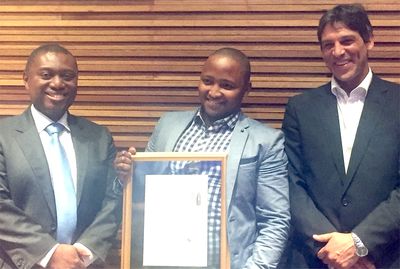 Siphe Macanda of the Daily Dispatch (centre) is the winner of the 2016 Standard Bank Sikuvile Award for Newspaper Journalist of the Year. With him at the awards presentation are Standard Bank Group Chief Executive Sim Tshabalala (left) and Media24 General Manager Ishmet Davidson.

Although a free and independent media is the essential ingredient of democratic development, it cannot be expected to do all the work on its own. The media – and citizens in general – have a right to expect that business also makes a substantial contribution.

Business needs to work with government, labour and the media to build and strengthen the habits, rules and the institutions that underpin inclusive and sustainable economic development.

This is why we have continued to back the annual Standard Bank Sikuvile Awards, which honoured excellence in journalism in South Africa. The winners in 2016 – the fifth – Sikuvile Awards were on 15 August.

What distinguishes a good journalist is their commitment to sifting through the noise, the anecdotes and the hearsay; to looking behind and beyond the obvious stories of the day. Add to this the drive to seek out and understand multiple points of view; and to analysing, contextualising and reporting in a manner that helps us to make sense of the world.

Over the past couple of weeks, we’ve seen ample evidence of the strength of South Africa’s free press as the votes were tallied up in real-time; and as the implications of the results were minutely dissected and as the tough business of coalition negotiations got underway.

This year’s Standard Bank Sikuvile Awards honours journalists who have given us the kinds of stories and photographs that have enabled all South Africans to exercise freedom, to judge ideas for ourselves, and to make sense of the world based on objective, comprehensive, and credible reporting. 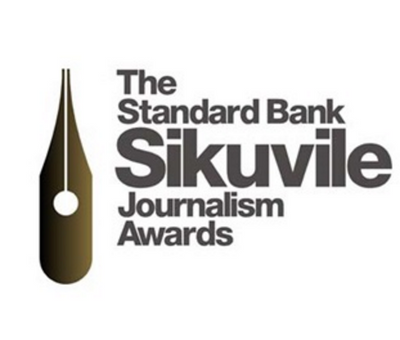