Organised by the African Artist Development (AAD) and having traveled extensively, The Lumières d’Afrique exhibition is the first Pan African travelling exhibition that represents all 54 African countries. The exhibition has previously made its way from Paris – Abidjan – Geneva – Dakar – Addis Ababa – Darmstadt – Rabat and it has now travelled to its home ground destination in Johannesburg at the Standard Bank Gallery, open to the public until the 9th of April 2020.  ​

The opening night held on the 21st February was a feast to behold for both art aficionados, artists, media representatives and those who just love to support creative art evenings in Johannesburg - those often referred to as audiences attending “for the culture”. All were catered for and given insight behind the exhibition’s theme, the artists involved and the greater project at large whose efforts are to profile and support contemporary African Artists. 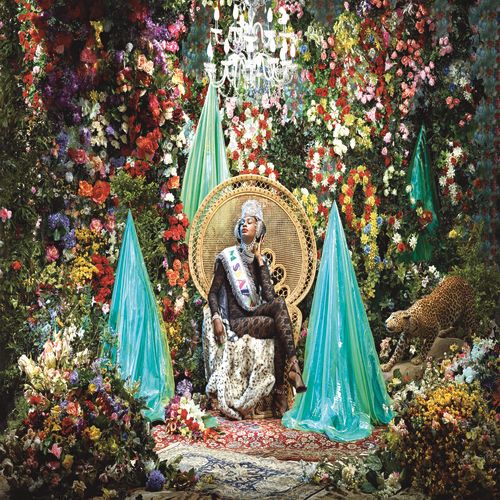 Lumières d’Afrique is indeed a fitting reflective project to host in a time of unpredictable access to electricity we currently find ourselves in. A challenge that is not unique to South Africa but a growing concern that reverberates through the continent and impacts on the development of our economies. Access to energy and the lack thereof was the bedrock to which artists drew from in their works. The works were vast in interpretation from centering light as a source of energy, electricity as a tool for development, critique of governments efforts in addressing the energy crisis, current and future developments in the field including renewable energy, to the conceptual and metaphorical interpretations. From paintings, photographs, sculptures, video installations and mixed media, it was a multidisciplinary exhibition that featured the very best in African contemporary work. Further highlighting the immense talent, whom through their work reimagined, challenged and reflected the artistic expression of the theme at hand, co-curated with heart by Artistic Director, Jean-Michel Champualt (AAD) and Dr Same Mdluli. 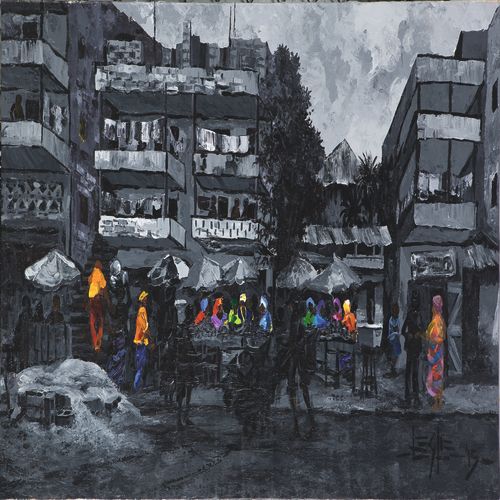 Featuring artists such as Leslie Lumen (Liberia) who reflected the spirit of African entrepreneurship with his oil on canvas piece aptly titled The Light Within, bringing life to the dark at the market place; Teddy Mazina (Burundi) who captured the power of the people in organising themselves in the evolving landscape of political unrest to be the change they seek in his work, Résistance Romantique; Abdoulaye Barry’s (Chad) photographic collage titled Série Délestage can be seen as a realistic reading of the realities of power cuts and working in twilight hours. Centered at the epicenter of this exhibition was South African artist, Athi-Patra Ruga, whose work is titled Miss Azania which easily pulls your eyes in with the bold and fantastical representation of a utopian African vision. But further warns that there is more to it than meets the eye in this powerful and layered societal critique.

The artworks and the diversity in creative expression were inclusive and representative of a continent with a growing appreciation for art. A welcomed and heartwarming experience devoid of the elite exhibitions only limited to the overseas market. It was a light that allowed us to enjoy all that is beautiful and artistic about the continent on home soil.