South Africa's government, business and labour have recognised that unless they work together, the country faces the real threat of a downgrade by the end of the year, says South Africa Finance Minister, Pravin Gordhan. 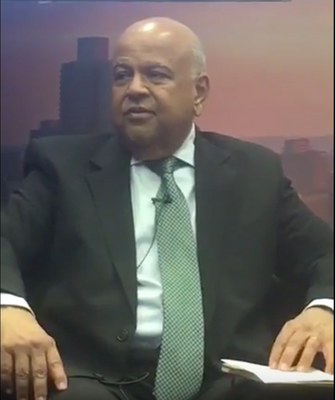 Mr Gordhan (pictured here) said he was really encouraged that the South African government, business leaders and labour had been able to find common ground. It was important that leaders from these three constituencies are able to “present a united story and a united front”, in terms of both a narrative but also concrete action to create the right kind of confidence levels.

Concrete steps taken so far include setting up a R1.6-billion small business fund as well as an initiative, which was started a few weeks ago, to place young people into internship programmes. This involved private sector participation. An agricultural fund had also been established to assist drought victims as well as stimulate agricultural activity.

Mr Gordhan said that the government wanted to remove the obstacles that are contributing to a lack of confidence in South Africa. “The key challenge for us is getting confidence back into South Africa.”

“We have a lot of work to do to become a modern 21st Century state. This is a formidable task and there is still a long road to travel,” said Mr Gordhan.

Mr Tshabalala spoke of the structural reforms that are needed to avoid a downgrade. “There is so much consensus amongst the country’s social partners about what needs to be done to avoid a downgrade. I have absolute confidence that we will execute on this.” In addition, South African institutions are strong, robust and world-class.

Mr Mabuza, who is also chairman of South African telecoms company Telkom, said the various works streams that had been set up had identified the obstacles that needed to be overcome to encourage investment. “We are working very hard to avoid a downgrade. As business we need to get involved, we can’t expect government to feed and clothe us.”