Ms Qaqank could hardly believe that it was not a prank or someone trying to scam her when she was called with the good news. After verifying her details, she still went off to the nearest Standard Bank branch to confirm that the good news was in fact true. It was only when the winner was announced on radio stations nationally and her relatives from another province called to find out if she had indeed won a car, did it start becoming a reality for her. She had been saving for a car for two years, this could not have come at a better time. 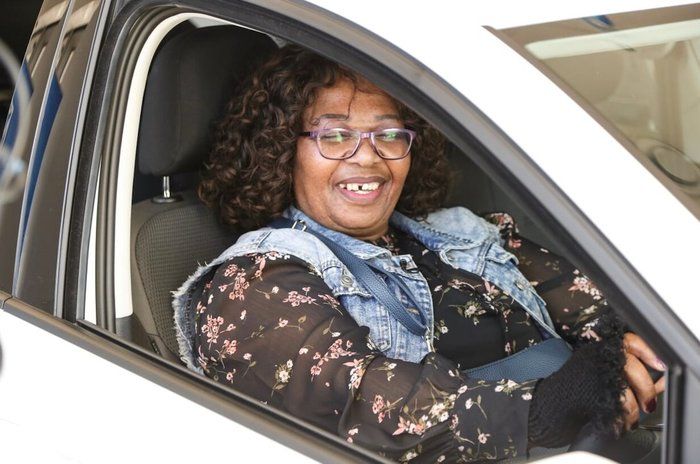 Nontsikelelo tells us that she will probably now join Facebook just to follow the Standard Bank page to see her name printed. She loves using the Banking App, as it is just so convenient and even though she was skeptical when she first heard about banking through an app, it is now the only way she does her banking.

Breaking the misconception that older customers do not use digital solutions, Nontsikelelo (60) is a strong advocate for using digital banking and cannot stop talking about how secure and safe she feels to transact. We once again congratulate Nontsikelelo and wish her many safe miles in her stylish new wheels.

As part of her prize, Nontsikelelo will get three months free Stansure Comprehensive motor vehicle insurance.