Tech giants shaping up as unlikely banks of the future

Tech giants shaping up as unlikely banks of the fu...

Peter Schlebusch, Chief Executive of Personal and Business Banking at Standard Bank Group, is excited about the future of banking and how banks are needing to change to meet the expectations of their customers.

Retail banking is both a scale and an information business, which are ingredients that successful technology companies such as Google, Facebook and Apple possess in abundance.

The business models of e-commerce giants such as Amazon and Alibaba also give them unique insights into the behaviour of their global customer bases, which elevates them potentially into the rather unexpected role of financial service providers.

Consider this example: when Alibaba launched its Yu'e Bao money market fund in 2013, it attracted more than $87-billion in deposits in its first nine months of existence. Remarkably, this catapulted it to the position of the fourth-largest money market fund in the world.

Fellow Chinese tech behemoths Tencent and Baidu have followed Alibaba's lead by launching their own money market funds, offering interest rates of between 6% and 8% - way higher than the roughly 3.4% offered by most Chinese banks. Alibaba allows instant access to funds, circumventing the liquidity bugbear often associated with money market offerings.

Simply put, they are offering customers the financial solutions they want in a highly accessible format.

Then there is the risk from Mark Zuckerberg's phenomenally successful Facebook. Last year, Facebook applied for a banking licence in Ireland, a move that could give it the ability to process payments and money transfers across Europe. In March, Facebook enabled a person-to-person remittance on its platform for US-based customers.

This makes sense: the unique insight that Facebook has into the personal lives of its 1.4billion global users makes it a potentially massive rival to banks, which continue to rely on traditional customer service models.

Many tech giants and retailers are already leveraging the power of their enormous customer databases in providing mobile wallets and integrated payment services to rival those of banks. Their insight into customer behaviour is likely to prove invaluable when making risk-based decisions.

Apple Pay is another mobile payment systems that is fast gaining traction and Google is seeking to similarly be involved in payments.

Do not forget the old stalwart PayPal or, closer to home, M-Pesa, which has revolutionised Kenya's payment system.

It is no surprise, then, that technology researcher Gartner Inc believes that global mobile payments will reach $721.4-billion by 2017 - a huge potential market.

Transacting is going mobile and if banks do not keep pace with this tsunami of change, they will be left behind. The world is already littered with the names of companies that have been consigned to the scrapheap of history because they failed to keep pace with changing customer expectations.

Only about a quarter of the top 100 firms from 1920 are still in existence. Today, three of the four largest firms in the world by market capitalisation are tech firms: Apple, Google and Microsoft.

The challenge for the banks is that the likes of Starbucks and Alibaba have been quicker to adapt to customer expectations than the vast majority of banks.

The good news, though, is that it has never been more exciting to be in the banking industry. The rate and scale of innovation sweeping the sector is simply breathtaking and, fortunately, it provides as much opportunity as it does challenges for banks.

In places such as Angola and Nigeria, we believe this will give us a distinct advantage, considering we have relatively low penetration in those countries, of around 1% and 4%.

Technology, we believe, will set us apart from our competitors in these markets. These technology platforms must be easy to use, they must provide instant access, and they should allow customers to use them anywhere, any time, in real time.

This fits into the global trend towards remote payments, rather than people using physical cash.

In the UK, 71% of people prefer using credit cards to cash - half of the people polled said they would rather swipe their credit card than walk more than 100m to an ATM. A quarter of Britons refuse to buy from businesses that are unable to process card transactions.

In Sweden, a MasterCard study showed that only 3% of transactions involve cash. In fact, many Swedish banks no longer handle any cash.

In South Africa, we see this shift to a cashless society too, so we are introducing payment solutions to cater for this.

The message is clear: the future of banking is digital - and the future has already arrived.

The article was first published in Sunday Times in South Africa on 12 April 2015. 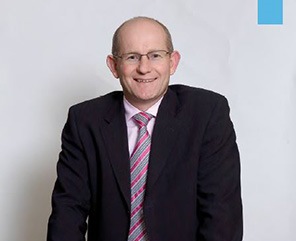