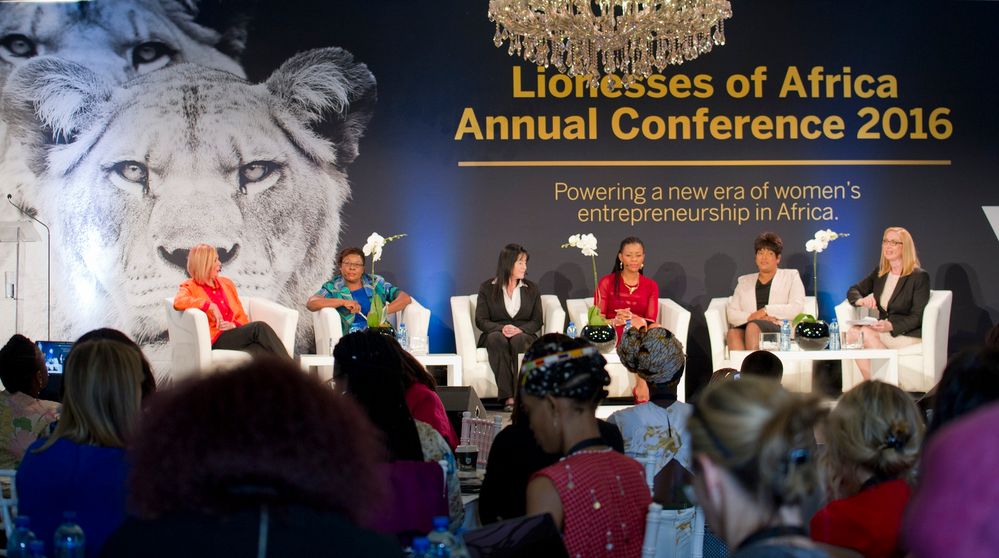 When Founder and CEO of Lionesses of Africa Melanie Hawken welcomed an estimated 200 female entrepreneurs to the inaugural Lionesses of Africa Conference 2016 held on 12 October in Sandton, she remarked that every woman should leave the event feeling like they can achieve anything. If the responses and mood of the attendees was any indication, she got her wish: All were absorbed and inspired throughout the event, from the stirring speeches given by successful business women to the thought-provoking panel discussions.

Under the theme of Powering a New Era of Women’s Entrepreneurship in Africa, the attendees discussed the major challenges affecting the continued growth and development of women’s entrepreneurship on the continent (such as the ingrained perceptions in both Western and African cultures that hold women back, the complexities of ‘going global’, and the difficulty of obtaining investment capital), explored possible solutions to overcome some of those challenges, and celebrated those who are making a difference. Delegates were also treated to the launch of some exciting new initiatives and opportunities, an Open Innovation Competition launched by GE Africa Innovation Centre, addresses by inspirational speakers and topical panel discussions.

Ms Hawkins revealed that the conference is the realisation of her two-year vision for Lionesses of Africa; it represents, she said, the way forward for the continent, because women entrepreneurs are the way forward – they can make great things happen in Africa.

This assertion is echoed by Funeka Montjane, Chief Executive Officer, Personal and Business Banking South Africa at Standard Bank. She explains that the fortunes of all corporations, government institutions and businesses are linked to the fortunes of the average person. If they prosper, the economy prospers, thus nurturing the spirit of entrepreneurship that is inherent in all Africans, specifically African women, will move us all forward.