The future of Africa is urban: opportunities and challenges

The future of Africa is urban: opportunities and c...

Until recently, Lagos was the only megacity in the world – a megacity is defined as one with more than 10 million inhabitants – without an effective public transport system, despite an estimated private vehicle density that is almost 10 times higher than that of New York. 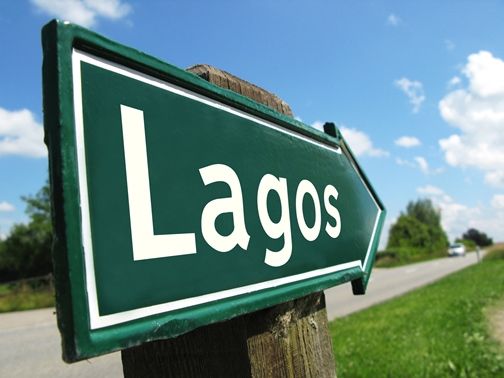 Plying a 22-kilometre route largely on dedicated bus lanes, the impact has been remarkable, and is evidence of its need and potential.

Carrying in excess of 200,000 passengers daily, within the first six months of operation the BRT transported 29 million commuters.

Despite accounting for only 4 per cent of traffic, the BRT transports 25 per cent of all commuters. Demand will soon outstrip the BRT’s carrying capacity, and there are now plans for this to be increased.

Lagos’ experience with mass transit will be relevant for many other cities in Africa. In the next 15 years, Africa will have more people living in cities than in rural areas. More than a quarter of the fastest-growing cities in the world are in Africa, and in absolute terms, these growth rates are surpassed only by Asia’s.

By 2050, Africa’s urban dwellers are projected to have increased from 400 million to 1.2 billion.

Africa is transitioning towards a whole new socio-economic and political landscape through urbanisation, the latest report on the State of African Cities by UN-Habitat indicates.

It is projected that by 2025 Africa’s ten largest cities will include three megacities: Lagos (18.9 million), Cairo (14.7 million) and Kinshasa (14.5 million). Dar es Salaam, Khartoum and Abidjan are likely to reach megacity status within a generation from now if current growth trends persist. Nairobi and Kano could also be moving in that direction.

But urban infrastructure, services and land markets are often overstretched in African cities, struggling to absorb newcomers and provide services. In many cities, urban unemployment levels are dangerously high, especially amongst youth.

Northern Africa is highly urbanised, with most of its cities unevenly spread along its Mediterranean coastline and the Nile Valley and Delta. The estimated 11-million population of Cairo, a megacity, is projected to grow at an annual rate of at least 2 per cent until at least 2020.

Eastern Africa is the world’s least urbanised but fastest urbanising sub-region. By the end of the current decade its urban population will have increased by 50 per cent, and the total number of urban dwellers in 2040 is expected to be five times that of 2010.

Western African cities are concentrated along the coastline, which has been increasing in density of urban settlements and urban interconnectedness. The region is second-most rapidly urbanising sub-region in Africa after Eastern Africa, has very high, albeit decelerating, city growth rates.

Similarly, Central Africa is rapidly urbanising, and will reach a region-wide urban majority until around 2030. The Central African Republic and the Democratic Republic of Congo are expected to reach urban majorities just before 2040 and Equatorial Guinea at around 2045.

With an estimated present day population of over 9 million, Kinshasa continues to dominate Central Africa as the sub-region’s largest and fastest growing urban system. Kinshasa is projected to become Africa’s third mega city by 2015.

Southern Africa, the most urbanised region in sub-Saharan Africa, is projected to reach an overall region-wide urban majority around the end of the current decade. In 2011, Angola, Botswana and South Africa had urban majorities, and the other countries in the region are expected to reach that point by 2050.

Urbanisation has progressed unevenly, between and within countries, and only Lesotho recorded a decline in urbanization levels since 2001.

Capital cities, such as Maputo and Luanda, have been experiencing construction booms linked to foreign investment and increased trade. Key tourist centres, those with diversified urban economies and those cities, such as Cape Town, with innovative or distinctive niches in the world economy, have also experienced growing prosperity, despite persistent, sharp, intra-urban inequalities.

The challenge then, is for authorities to expand service provision, reduce inequality and leverage this opportunity for prosperity.