Two-thirds of Africans live without electricity. The lack of this critical resource undermines investment and places stress on economies and populations: power shortages cut economic growth by 2% to 4% annually, health clinics are unable to adequately store life-saving medicines and children are denied the light needed to study.

But, in Africa, where there is a crisis, there is often an opportunity, as realised by Uganda’s Paul Isaac Musasizi, CEO of tech company Kiira Motors Corporation, and the driving force behind Africa's first solar-powered bus. 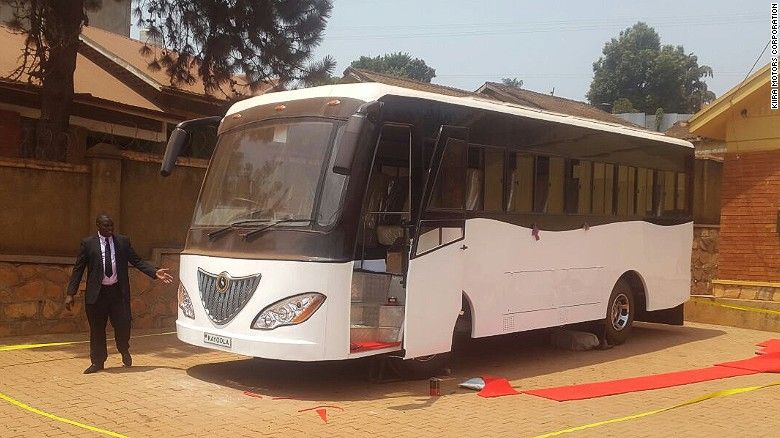 Sub-Saharan Africa has some of the world’s most abundant renewable energy sources, including solar power. And, with the price of solar panels plunging, private firms and governments should harness this opportunity to power, uplift and strengthen their economies. Not only will initiatives such as these provide much-needed jobs, but the environment will also benefit: one of the worst symptoms of Africa’s energy deficit is the devastation of forests to produce charcoal for urban populations.

Mr Musasizi points out that Uganda has an abundance of sunlight, so it makes sense to create a business out of this free resource. His 35-seater bus, known as ‘Kayoola’, is able to travel up to 80km and is powered by two batteries, one connected to a solar panel on the roof of the bus, while the other is charged electrically for night-time journeys and longer distances. Each battery only takes an hour to charge, making the vehicle suitable for all sorts of duties, including taking children to and from school.

According to Mr Musasizi, the bus is just the start of something bigger; his goal includes Ugandan petrol stations having solar pumps to charge electric vehicles in place of fuel pumps. This is not just a pipe dream. Solar power is a very real solution in Africa, with increasingly more solar farms being built across the continent. In Ghana, a 155 megawatt solar farm is currently being constructed, and Morocco recently switched on what is to be the globe’s largest concentrated solar power plant.

Mr Musasizi asserts that Uganda should follow suit by developing solar farms to provide power for vehicles and other daily applications. He says the country’s passion for automobiles will help Uganda develop solar motor technology that, in turn, will help them become the world’s innovation hub for solar transportation technology.