Wearable devices are becoming more popular so at Standard Bank Group we've got a select group of people trying out our banking app for Apple Watch before we release it later this year.

Wearable devices are a category of technology devices that people wear and they usually track information such as health and fitness. More recently, wearables devices have synced with telecommunications devices to change the way we think about using mobile.

In Africa alone it is expected that internet access via mobile phones will grow rapidly. It makes sense that the next step for us would be to find a way to integrate banking with wearable devices. In the last few months we launched a first for mobile banking in Africa by introducing Apple TouchID for the Standard Bank banking app in South Africa.

At Standard Bank Group we are testing a banking app for Apple Watch. It should be generally available to Apple Watch owners in September 2015.

We are always looking for new ways to make the lives of people easier and the smart watch app will go that little bit further to helping people control their finances as and when they need. One of the features of the app is called Balance Peek and allows our customers to check their latest account balances without having to log onto internet banking or their smartphone app.

The Standard Bank app for Apple Watch will be followed by similar rollouts for Android-enabled watches towards the end of 2015. 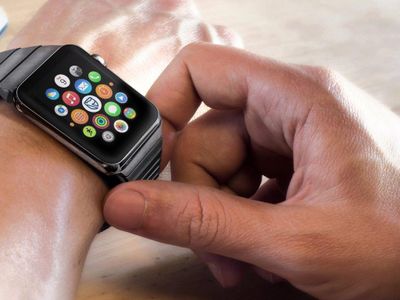