World Food Day shines a light on the undernourished

World Food Day shines a light on the undernourishe...

Despite the ever increasing obesity rates, there 923 million undernourished people in the world. Today, World Food Day is a day of action where people and corporates alike declare their commitment to eradicating hunger. 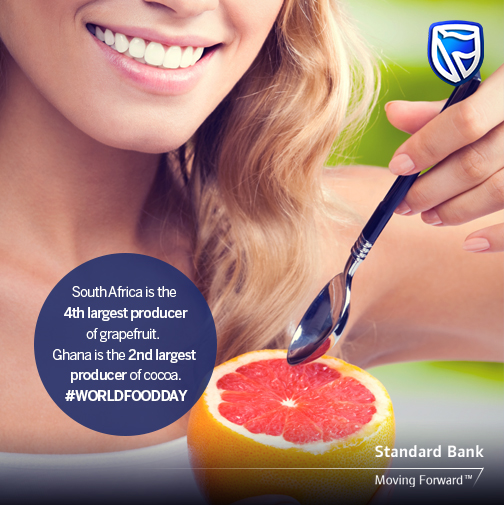 Even in the US, one of the richest countries in the world, one in seven Americans – 14.3 per cent does not have enough to eat.

In a world of plenty, millions of people (one in nine worldwide), live with chronic hunger. Around 60 per cent of the hungry in the world are women and almost 5 million children under the age of five die of malnutrition-related causes every year according to the 2015 Global Hunger Index http://ghi.ifpri.org/

Central African Republic (CAR) has the highest level of hunger worldwide, according to the Index. The report, by the International Food Policy Research Institute (IFPRI), warned that some 2.1 million people (47.7 per cent of the population) are undernourished in the war-torn African nation, which has also one of the world's highest rates of child mortality (13 per cent).

We believe to make a change in Africa’s rural communities, which are often affected my hunger the most, the key is creating jobs, which is why we as Standard Bank invest in rural communities in the markets we operate in, to stimulate the agriculture sectors and drive job creation.

Honestly, I still don't understand why there is a lack of food in some countries. These actions are good, but the authorities must solve this problem. I really love to eat chocolate, which I buy on this site, it is very tasty and natural, but when I think that someone does not even have bread, I feel uncomfortable.

A good nutrition is really important. I am eating fruits and vegetables in order to support my health right and to avoid some disorders.

I read a lot of articles concerning the right nutrition and how to eat more healthy. So, in order to make it much harmful, I am using mushroom supplements which is a quite good solution if you want to support your health right. I am taking these capsules in order to maintain my general immune system, to balance the body and to get rid of respiratory problems and disorders.