Any news on the deal? I thought Friday was the last day?
0 Kudos
5 REPLIES 5

They give an update tomorrow. The rumour is that it will be extended for another 2 -3 weeks. Concerning as they've been talking for 2 months now...
0 Kudos

NEW DELHI (Reuters) - Bharti Airtel and MTN Group on Monday extended their exclusive talks aimed at merging their operations to create the world's third-largest mobile operator by a month to August 31. Bharti also said the structure and terms of the potential transaction may be adjusted to reflect further discussions between the parties. "As discussions between the parties regarding the potential transaction are continuing, both parties have agreed to extend the exclusivity period," India's top mobile operator said in a statement. Shares in Bharti were up 1.1 percent at 415 rupees by 0446 GMT in a Mumbai market that gained 0.3 percent. "Maybe they need more time to agree on the deal structure, total payment," said R.K. Gupta, managing director at New Delhi-based Taurus Asset Management. "At this stage, there is not much clarity. But a sweetened offer cannot be ruled out as some MTN shareholders want Bharti to pay more," he said. Bharti and MTN revived merger talks in May, a year after previous talks broke down over who would control a merged entity. A merger would create an emerging markets giant with more than 200 million customers across India, Africa and the Middle East. A combined entity would be the third-biggest mobile operator based on subscribers behind China Mobile and Vodafone, although its annual sales of $20 billion would be dwarfed by China Mobile's $60 billion and Vodafone's $65 billion. The exclusive talks over the deal, which would see Bharti and MTN pay cash and stock for a stake in the other, were due to end on July 31. Earlier sources had told Reuters the talks were likely to be extended by at least two to three weeks. Under the initial terms, MTN and its shareholders would take 36 percent economic interest in Bharti Airtel and the Indian firm would end up with 49 percent of MTN. The deal would give both firms exposure to new markets ripe for growth, while a full merger, the eventual aim of the talks, would yield cost savings, allow for technology sharing, and provide the financial muscle for more expansion, analysts say. Standard Chartered was advising Bharti Airtel, while Bank of America Merrill Lynch and Deutsche Bank were advising MTN.
0 Kudos

i would like to know what this means for the ordinary MTN shareholder. Will we just see the share price climb straight to R180? or what? im really confused. please can someone kindly explain
0 Kudos 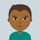 The deal was originally simple (!). Bharti wanted to acquire MTN and MTN wanted to acquire Bharti. Either transaction would make some sense - combine group procurement, rationalise management (i.e. remove large swathe of head office management from one group or the other), combine product development, marketing spend etc, learn from each other in respect of efficient / best practise rollout etc. However, neither has the ammo to buy the other and in any event it's politically unacceptable in both India and SA. So, a half-way house has been found en-route to a complete merger / take-over. This is not very satisfactory as none of the likely benefits above are likely to be realised in full, management will be confused and under threat for the next few years and, most significantly, both groups will be less attractive as take-over targets from international operators looking for emerging market expansion. Equally, it is not likely that any final take-over (probably Bharti taking over MTN) will be fairly priced as no third party would be able to make a serious bid at that stage. The only upside seems to be an element of risk diversification (i.e. some exposure to India in return for giving up some exposure in Africa and ME). There must be more to it than meets the eye, but from my perspective it's value-destructive to "ordinary MTN shareholders" and will certainly not result in R180 per share. Then again, it's only my opinion.
0 Kudos

I've been reading random articles nd the consensus is that the deal will either conclude or break at the end of Sept however there is a high likelihood of a mid sept decision. Any views on the potential share value of MTN on the JSE?
0 Kudos