I do wish there were a few more half full glasses around instead of all the half empty ones lying around. Sure our grandchildren will probably still be paying for this World Cup - but by golly, it has made Durban in particular a great place to be. And in a few years time when the trees have grown it will be magnificant. Judging by the comments from the visitors to my B & B they all think S A is a great place to be and will certainly be back. And we all know that tourism is a great source of revenue.
0 Kudos

I do wish there were a few more half full glasses around instead of all the half empty ones lying around. Sure our grandchildren will probably still be paying for this World Cup - but by golly, it has made Durban in particular a great place to be. And in a few years time when the trees have grown it will be magnificant. Judging by the comments from the visitors to my B & B they all think S A is a great place to be and will certainly be back. And we all know that tourism is a great source of revenue.
0 Kudos

Trying to predict the financial outcome of the WC is like trying to predict the market movements over the next few years. However, here's a bullish real world example from a hotel owner in Berlin following the World Cup in Germany (up today - 4 years later). This was a city basically ignored by tourists before the WC:
- Berlin went from 14 million bed nights to 21 million bed nights annually.
- Currently, while tourism growth in Europe has stalled, Berlin is still experiencing between 15% and 25% growth.
- Perception change: the destination most requested at reception at Circus Hotel was; "where is Hitler's grave?" The questions now are; "Where is the Olympic Stadium?" and questions about art and cultural destinations.

Sure Gareth J, but Germany does'nt have a seething Black population of millions,who are jobless,homeless and without hope.Showcasing the country is fine for one's tourist industry, but little else.Their were much greater priorities for the billions spent on this SWC extravaganza.
0 Kudos 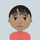 The question is do you improve your companies staff facilities to have a happier production team or do you make that fancy brochure to market your product better and therefore improve sales and future profit? the result of the first you can measure immediately and the effect of the second you only see over time.You cannot measure the effect of what the WC has done for this country in terms of National pride, Tourism ,Exposure of SA products etc to the world. We are in the export industry and the exposure to our product has been fantastic this is not just about tourism there are so many other factors that could influence SA going forward. Yes, we could have improved infrastructure and seen the immediate effect but would it generate more jobs and future income? I think the marketing effort will pay more dividends in the future for this country.
0 Kudos

Divz - there's a lot of theory and hypothesising in your comments. Simple truth is that we have a desperate black population,without the basic necesities for survival - jobs,food,housing,health and education.This is a serious concern that cannot be airbrushed with billion Rand football stadiums.The health of a Nation must start with the wellbeing of it's people.
0 Kudos

striker - there's a lot of theory and hypothesising in your comments ..
0 Kudos

Striker so you suggesting that they take all the money and just give it to the poor? and happiness lasts how long? The WC is the biggest marketing exercise we could have undertaken for this country creating awareness and hopefully substantial investement in turn creating jobs and sustainable income, national pride and breaking down racial barriers is just a huge bonus and obviously also creates a more harmonious and efficient society.
0 Kudos

Divz - I never made that suggestion.What I said was the money should've been used to build housing,improve health and education which the government has neglected for 15 years.Simple basic neccesities!How does a country ever attract foreign investment when they witness the mass demonstrations by the black masses(which are likely to escalate after the SWC)whose govt.have left them with broken promises of a better life? There are fundamental issues with a disenchanted ,desperate poor black population that the goivt.has and continues to ignore and neglect.It is'nt going to go away simply by throwing money at a world cup.
0 Kudos

A bit off the topic. I had the oppertunity to go watch Port vs Kor. Had VIP tickets. It was awesome. Would love to go again. The vuvu's was load but not a worry. Loved it. Gees was electric. 7-0. Lots of cheering and good free food.
0 Kudos

How can the WC possibly be a bad thing for the poor of SA following stories like this?: http://www.fin24.com/Business/Too-few-flights-for-Dutch-fans-20100622
0 Kudos

Cause the poor cant live in the stadiums or eat the concrete.
0 Kudos

there will always be negative people around.....
0 Kudos

some people go through life complaining and groaning all the way, thinking they are realist, but never have the guts to go else where. if you dislike what is being done, go some where else that will satisfy you. No country was built all in one day, even the most powerful nations built block by block.
0 Kudos

Striker with 6 players who came through the West Ham youth system, i am confident England will win 3..0. Joe Cole,and the spurs forward must play Heskey and wright Philips must rest...................
0 Kudos

Just a thought from the deepest darkest corner of the poorest province - Why do White folks put as their #1 concern SERVICE DELIVERY - when service delivery protests are usually far from where they live & in 9 cases out of 10 don't affect them? If the folks who are most affected by lack of delivery worry about it. If the majority of the population are so desperately unhappy - "seething protests" then let them change their government. While the rest of us who have access to cheap electricity, cheap food & 1st world entertainment - well we can just sit back & enjoy the football.
0 Kudos