Chartist has retired.....but is still trading....

Chartist has retired.....but is still trading....

So I have been the victim of a buy out and now need a new project.....yes we have been bought by a UK company and either I stay on or I find something else to do....so I am thinking of the idea of setting up regional trading rooms.....the message I am getting from traders is that trading can be lonely and that trading from home may not be optimal......so the idea is to in all the major centers set up rooms with trading stations which are serviced by an IT technician....it has been done before but the one I have seen was sterile and boring....the idea would be to create more than just a room with trading stations....they will be more like communities where you can access and buy books/trading aids exchange ideas....be mentored/watch other traders trade...etc. Question is what would ppl be prepared to pay for a trading station with leased equipment which is maintained and with live feeds/trading platform etc? Would be interesting to get your input
0 Kudos
31 REPLIES 31

with your experience why dont you just get into money management...
0 Kudos

Address spelt wrongly. I do pay attention to detail.
0 Kudos

Chartist, Interesting Idea... the basic problem here as I see it is the guys who can afford it( already profiting from trading) is used to working from home or were ever they do it currently. The guys who need, want, crave help can't afford to pay. That said I think that there is a place for it, but I think its in snail oil and education..... I also think that the service is not computers, Geez if mine went on the blink I would simply move to my back up and if that failed I would buy a new one.. So the service is companionship or education and coffee!
0 Kudos

I have great respect for your knowledge Chartist and I like your idea. I agree with John that you would need to pitch it at 2 levels. One for those who are already independent and would like the community to trade in all day and then secondly for the new people who have the desire to reach that stage but who may still be working at anothet job. They would either need to take a weeks leave for intensive education during the day in one of your centres or come in a for a few hours a couple of days a week (from say 15h00) for how ever many weeks it takes to get them independent. I would really like to pick up the expertese of professionals and would be willing to pay for that in such a centre. Good luck and keep us posted on your progress.
0 Kudos

sounds great Chartist, anyone else interested in Durban ..
0 Kudos

chartist, this idea works very well internationally, but the few attempts that have been tried in SA have failed, price often the issue. Also as suggested there are two potential services, one a trading room the other a mentoring program, and they're actually very different but both will possible hit the same hurdle - price? And the price issue is simple, people start with too small a capital amount so the cost kills their capital. The one in CT that died recently was charging R12k a month, but that did include a full bloomberg terminal for each user (and that alone is worth some R15k), as well as other features offered. But people wouldn't/couldn't pay.
0 Kudos

Yes there would be many levels....from a full service where your equipment is leased and maintained to just renting the raw space and the need to be part of a community.....My partner and I intend buying some office space so part of the project would also be to let serviced office space...this concept is bit overseas where people need space and share a secretary/IT infrastracture
0 Kudos

Yeah Simon...I visited that one...with all respect to the guys who tried it....when I met with them they were totally ignorant of what ppl needed...looked like rich kids who had been given money by Daddy...they were totally unrealistic re price....when I enquired they promised to send me all the info but they never did ...so clearly they were not that serious....the rates we are looking at is closer to the 3K area for fully leased equipment.....
0 Kudos 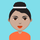 Hi Chartist, I'm really keen on the idea..... My end term goal is to be able to sit and trade funds from home and hopefully be able to live a comfortable life off my trading.... If I could join a community which will open me up to suggestions and ideas of trading that will just help me even more. I would be willing to pay upto R5000 which is equivalent to R250 a day(trading days) Please let me know if you follow through with the idea, I really think you will not have problems with guys signing up.
0 Kudos

Chartist, i also really like the idea, but from the guys i chatted to, most have day-jobs where they need to work at to make a living, i guess the trading rooms will only cater for the guys who have no other job? how many of them are there?
0 Kudos

Chartist good idea but agree with John and Werner I have a day job but would like to trade full time for a living eventually, rather sooner than later, would be prepared to pay decent money to be coached by someone who knows what they are doing and you come with a good rep.
0 Kudos

I must say I quite like the idea. I trade from home, either in my downstairs office or around the pool on my laptop in Zimbali. I would not want to be in the trading room there every day, but would like to drop in a fews times a seek to have coffee and chat to and get to know those that are there.
0 Kudos

Part of a service could maybe be for occational visits and not 100% of the time, for those that have day-jobs, they can drop in now and again, maybe in a lunch break, or whatever, that is a good idea- i would also like that, its a good way to meet fellow traders, etc... good idea!
0 Kudos

Good idea and the inputs from the guys all seem relevant. Also appealing is to drop in from time to time with own laptop that is just plugged in and away you go. Training/mentoring important with pre-dated fixed sessions. Was also mentioned; what about you managing funds for those of us prepared to let you trade with the funds?
0 Kudos

why dont you go for entertainment value..Ie the trader trades for free(cheap) but the charts and trades are up on big screens so joe-public can get to watch the market in action.. it will appeal to the ego's of traders and the educational curiosity of the public...Sell coffees instead of computers.
0 Kudos

Ja, ja! and you can have one of them "tiny donut factory" machines and a paintball range in the back.
0 Kudos

I have entertained similar ideas, but never followed through. Good Luck ! Maybe you could have different classes of membership. Small monthly payment to belong to the club, pop in for coffee and a chat, then additional charges for tutoring, classes, rental of equipment, desk space, data feed etc.
0 Kudos

Now we see it. This whole scheme is a trojan horse to get Mkadir involved - apparently he can't let a donut be sold anywhere without giving a quote on his "very very nice with coffee" special deal.
0 Kudos