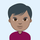 These companies are eating my portfolio. Any new of what is wrong? Should I buy again at thse levels to move my position? Plse advise! Current entry position MTN @ 9600 and OML 800. Thanks
0 Kudos
13 REPLIES 13

Ai, that would be throwing good money after bad. OML getting klapped six luv. Im starting to think that this current bear cycle has not produced a casualty in a corporate failure of note in SA and perhaps that OML with its overseas exposures might just be the one...
0 Kudos

Did you buy shares or derivatives?
0 Kudos

you have choices... 1. cut and run (or trim to manageable level 2. average down (but that killed more people than Hitler) 3.hedge/lever short using puts (on delta) or with index on beta (with offset). Against this ask yourself if you would short aggressively now.....
0 Kudos

Hope for you,that you bought shares..If you long on these two @ those levels...ouch..I am glad I converted my whole portfolio into cash lastweek..Sold the last bit of SOL I had for 280ish,but than went in agen at 260,but im trading shares,so I am willing to ride the downturn..Got burnt on a wrong call on Gfi wen I went short a few weeks back..would be interesting to know whose in the black for this year..last year was a good year for me,made 20% on my portfolio,this year am down 11%..could have been alot worst if if stayed in that Gfi trade and tried to ride it,look where Gfi went to 120s,if u in deriative,cut your losses,its impossible to call the bottom or the top..OMO.
0 Kudos

I would love some advice,I own a few hundred SOL shares @ 261 odd incl brokerage,SOL doesnt seem to be going anywhere in the near term,it hovering around the 260/270 mark this whole week..Would it be wise for me to sell out @ breakeven or a small lose and rather jump into Mtns below 80 or sum OML @ 5ish,the return could be way more..cudnt it??
0 Kudos

Nah Newbie, OML may just be setting up for that dreaded weekend announcement of closing shop in uk, us. I would be buying and certainly not gonna iron all 7 shirts for next week....
0 Kudos

cheap will be half their current prices. You must remember AGLs suspension of dividends today is the ultimate sin (but necessary for survival). Now no one knows if it will just be for 1 or 2 years or how long their wont be dividends, so why would you want your money stuck in a counter that gives you no yield? Think bout that.
0 Kudos

how long will the companies have to retain cash? what will they do with the cash? think about that
0 Kudos

I bought shares and regret not placing my stop losses as I would of bailed out a long time ago. I do not like using stop losses as no matter what percentage I use, It always seems to be tight and triggers. I have to go long and wait for recovery. Thanks for your input guys. I am not having a good start to this year no matter long or short. This turmoil in the market cannot distinguish between bears and bulls.
0 Kudos

Check out this article on Fin 24 - these are the same guys who shorted Barclays UK - we are just smalllll fish in a BIG pond. http://www.fin24.com/articles/default/display_article.aspx?Nav=ns&ArticleID=1518-24_2473294 IMHO this one will be back up to low eights shortly (I hope !!!)
0 Kudos

Article from MoneyWeb MTN overvalued - Imtiaz Ahmed The group expects earnings to grow 38-43% but other risks lurk beneath the surface. Chris Buchanan 23 February 2009 18:12 Imtiaz Ahmed, of Macquarie First South believes despite the 6% increase in MTN's (JSE:MTN) share price Monday, following its trading update on Friday, the company is over priced for a number of reasons. Firstly, analysts were expecting higher numbers and secondly any company exposed to emerging markets is being down rated. He said in this market environment he didn't expect MTN to get much above R105 or R110. In contrast Ahmed said Tongaat Hulett is one of the few companies that has a reasonably good outlook and that the results were exceptionally good. One year out, with the current rand exchange rate and the sugar price, earnings should hold up and both it and Illovo are companies he's holding on to. Another exceptional performer, although with more of a murky outlook, is Wilson Bayly Holmes (WBHO). He said the balance sheet was very strong with over R3bn in cash. He added that the froth had come out of the construction sector and the share at half of its value since September, made it attractive, although he cautions that you shouldn't rush into it. African Rainbow Minerals reported a remarkable set of interim results but Ahmed wasn't taken in, saying the numbers will halve because the strong performer in iron ore will not do well for the company as contracts are being renewed. His opinion is to stay clear of this one.
0 Kudos