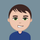 I know this is a share forum. Anyone else heard about this though? I just got an sms about it
0 Kudos
13 REPLIES 13

Since yesterday these rumours are spreading. His office keeps denying it. Don't know if it is true or not.
0 Kudos

nothing on the news
0 Kudos

Pretoria - The police have warned against "Uhuru-type" e-mails, SMSs and a DVD claiming that former president Nelson Mandela's death will spark racial violence and attacks on white South Africans. The messages also "incite" white South Africans to gather at pre-identified "safe areas" and be prepared to defend themselves. The South African Police Service states emphatically that the messages are malicious, scurrilous and without any foundation or substance whatsoever. The messages refer to planning and intended actions under the code names of, among others, UHURU, Night of the Long Knives, Red October, Operation White Cleanup and Iron Eagle. 'Intended to incite hysteria' Police say the messages form part of a disinformation campaign and publicity stunt by a group known as the Suidlanders, under the leadership of one Gustav Muller. Police say the public should not pay any heed to the messages and not to let them influence their daily lives. They say the messages apparently are intended to incite racial intolerance and hysteria among South Africans.
0 Kudos

A load of Horse.... Somebody playing telephone telephone... adding a few tails on
0 Kudos

Just for information Uhuru means Freedom, has anyone read the book Uhuru by Robert Ruark?
0 Kudos

Check this link from M%G online. I also heard a lot about this for a while now and it's quite disturbing. Read the story online: http://www.mg.co.za/articlePage.aspx?area=/breaking_news/breaking_news__national/&articleid=299688
0 Kudos

Also an ideal oppertunity to sort out old grievances. depending on where u stand?
0 Kudos

Immmm...wonder when we will see him in person??
0 Kudos