I see SIM is a ratio adjustment leaving a shell. My mistake for quoting a share I have no interest in. So forget that exmple - look at ALM or PAMODZI or whatever instead.
0 Kudos

thats why i add that it is based on a successful trading system...what trading system would have put u and kept u in any one of those shares(system intails money mngment..ie stop losses)???....as i also said traders assume higher risk...this is shown by the high % of bust....but the small % that survive should and do experience well above average returns....(and thus continue to lure more traders) but still only a small % will survive(mostly modelling and personallity risk)....... Maybe an investment system based on fundemental(albeit bad analysis) would have but you long and adding to the above mentioned shares....while a trading system would have more likely have placed you short....
0 Kudos

Actually you wrote "few or no" negative trades. Most traders rely on a small % of winning tardes and look to control their losses on the neagtive trades. So there is plenty of loss - just hopefuly more profit. In response to you later points: Fundamental investors are under no obligation to add to their positions. Good investors do not have to choose poor stocks. Investors are also allowed to clear a loser. Investors DIVERSIFY to control risk. Investors can take a short against the market to mitigate market market losses. Investors trade too. (Investors are people too you know.)AND traders have been known to invest. There is a time and a place for everything. The point is that much of this debate is odious. Personally I am a trader when things are good. AND when I make losses - I turn into the anti-trader. In my case the market makes for a psychotic personality type (not to mention dyspeptic.)
0 Kudos

i was looking at a day trader...yes you have negative trades on a day...but overall most days are positive and only a few negative(days)
0 Kudos

all known information is in the price .. by the fact that it is known it has to be .. now we can move into the realms of unknown information and start trying to figure out what's what ..
my arguement is that Malema said nothing new over the weekend and winning was equally expected .. so nothing new so no unknowns have become knowns ..
0 Kudos

known knowns....Donal Rumsfeld used the framework of known knowns and known unknowns and every other combination during the Iraqi Conflict.....when applied to the markets, the only known in the market is your level of risk, that is how much you could lose, everything else is unknown.
0 Kudos

There are multiple dimensions to 'known' information. What is known, how many know it, what they can do to affect the market, what else they might be focusing on (like Greece).

How could that not move the needle on some fund manager who thinks 'woo. just like Chavez. avoid."?

'Everything is in the price' (EIITP) is nice and simple, but it's just not true. EMT (http://en.wikipedia.org/wiki/Efficient-market_hypothesis) has multiple forms, which at least one EIITP is equivalent to. Nice quote from the wiki site: "Various studies have pointed out signs of inefficiency in financial markets. Critics have blamed the belief in rational markets for much of the late-2000s financial crisis. In response, proponents of the hypothesis have stated that market efficiency does not mean having no uncertainty about the future, that market efficiency is a simplification of the world which may not always hold true, and that the market is practically efficient for investment purposes for most individuals"

'Simplification' and 'practically efficient'. So, it's not true but we can assume it's close enough for long-term investing. Not trading. Not Malema, today, a couple days after his speech and years before he gets any real power, while Greece et al are influences in the market.
0 Kudos

ALL known information is never in the price. The fact that prices fluctuate is the giveaway. The market can never make up its mind as to the value of the "known" information (especially relative to the unknown.) My argument is that informamtion pricing is expressed over time (that is why we can trade these markets. AND how does one know when it is priced in and why do ruling PE's fluctuate depending on market sentiment. Because even known information varies in value depending on market sentiment. All known was information priced into DIDATA at R70 - yet 18 months later it had fallen 98%. Pull the other leg. The market clearly doesn't know very much.
0 Kudos

still does not change the fact that the only known is your level of risk...the market is an UNKNOWN because its made up of too many UNKNOWNs and when UNKNOWNS become knowns its in the price...so Malema is a known...thats what Simon is saying?
0 Kudos

Simon -I (for one) am aware of the concept that the market price in events, etc. As you have stated - Malema has been priced into the market. However, a little digestive bran is needed here - would you say the expected death of Mandela is priced in? - or is the philosophy of priced in events/persons/disasters limited to known events only. I have still to reconcile the extent of the Malema factor in the market and venture to predict that it has little influence. Rather worry about the influx of the Chinese to the RSA and the potential disruption in our society because of this.
0 Kudos

You are missing the point - we have all heard the concept ... problem is we take it at face value. You have only time to play with - it is all that matters in the greater scheme of things. The market is never fully discounted at any given point - over TIME it is. BUT how much time. One simply cannot say it is "ALL PRICED IN." It is more correct to say that is the price at this point in time. For beter or for worse - caveat emptor. The market is an efficient clearing mechanism. To be "all priced-in" would require vast and seemless liquidity and an assurance that ALL participants were privy to the information in question at that point in time and equally aware of its significance. AND that they had all already chosen to act on this information ((partly because they all shared the same risk tolerance and had the power to act unlike equity linked funds (endowment, pension etc).) I, for one, don't buy it!
0 Kudos

The full extent of what Malema represents is barely known to huge international fund managers who can hardly point SA out on a map, but can whip their money out in a minute.
0 Kudos

The market consists of people - if prices change so - then clearly they never "knew" anything in the first place. And then price varies on the same set of data depending on their risk appetite at any given point. "Nothing is ever fully priced in" would appear to be the more correct contention.
0 Kudos

you are quoting Malema.
0 Kudos

yes i agree prices change because we dont know anything....and they also change becuase there are bulls and bears in the market and they both want to have it their way....
0 Kudos

Firstly.. intersting thread, secondly. the market is not efficent it is efficiently marketed. To prove this point look at the long term ernings yield of the S&P over the 20 centuary compared with the index and you will see the market spent most of the 20 centuary mispricing..In fact it only got it right 4 times as it crossed the yield average on its way to more mispricing on either the up or down side.... secondly the point about the San Fransico fault is an excellent example of how humans are unable to correctly react to long term threats..another example is global warming. Malema is not priced in because he is not actually in a possition of power... lastly... it is my belief that the Chinese are behind Malema in his calls for nationalization. Zimbabwe has taught the Chinese just how easy it is to profit in the long term from the short term greed of a few politicians
0 Kudos 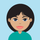 Im finding it harder and harder to hold back my anger towards the idiotic government that leads this country and the likes of Malema. The following article is just more proof that the international community is fully aware that this country is run by fools: http://www.fin24.com/Economy/SA-snubbed-by-Bric-investors-20110623 A governmnet of closed minded, greedy, self important fools.
0 Kudos