Renaming of Gauteng Hospitals I fully agree it is about time to change all the hospital names which will then finally complete the "Africanisation" program of previously "Colonial" hospitals. These hospitals are already true examples of "Africanisation" with stolen beds, linens and equipment. It is an insult to the "Colonial" regimes who built these hospitals, that these hospitals still carry their original names. Proof of the sorry state of affairs is that not one Minister would dare be admitted to the General Public sector of any of these hospitals. The fact that name changing costs could be better spent on re-equipping these hospitals so that they could provide a better service is irrelevant. As the State is incapable of building new hospital facilities or even running existing "inherited" hospitals properly, changing of names is an attempt to divert attention away from the incompetence, laziness and corruption of the current administration. Suggested new names: 1. Robert Mugabe Hospital. A true hero of Africanisation, applauded at the recent meeting of SADAC heads of state. 2. Idi Amin Memorial Hospital. Another true African hero. 3. Charles Taylor Hospital. His gangs of `butchers' were experts at amputating arms and hands of dissidents. Changing names in South Africa has become a racist obsession with total disregard to the poor service levels and the enormous wasteful cost implications thereof. It is an attempt to hide the legacy of a sophisticated infrastructure inherited from the "Colonial" past since it has now been allowed to decay and become evermore dysfunctional.
0 Kudos
12 REPLIES 12 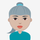 Try ANC Today. Maybe some incompetent staff member will publish your suggestions. Won't that be a hoot. Then we can read mbeki's rantings about it and have another laugh.
0 Kudos

HOBO, buy yourself a soapbox and go rant 'n rave somewhere else(Orania?) and leave this site to the trading posts!
0 Kudos

hahaha you are funny hobo... though to call stealing of linen etc an African issue makes me wanna klap you... unfortunately Orania is also in Africa... Enjoy the fact that you are free to rant, whereas your brothas in the old regime would probably have buried you on AN AFRICAN FARM!
0 Kudos

hahaha you are funny hobo... though to call stealing of linen etc an African issue makes me wanna klap you... unfortunately Orania is also in Africa... Enjoy the fact that you are free to rant, whereas your brothas in the old regime would probably have buried you on AN AFRICAN FARM!
0 Kudos

The big assumption is that the 'colonial' infrastructure catered for all, and was in fact good for all. That as they say is a non-starter for an argument. The government programme for health care however requires some serious interventions - on that any person in South Africa will agree. We must have good services for all South Africans. Changing names must be part of a process of turning around public hospitals. (BTW, did you ever visit hospitals for blacks in the 'colonial' period?)
0 Kudos

They cant even fix the roads in our area, yet their is funds to change the names thereof? One particular road in our area can be renamed Pothole Lane, Donga Ditch or Bundu Rally Avenue. It has no pavements, storm water drainage and the Council in their wisdom decided to take the top layer of tar off in the middle of winter.
0 Kudos

if you happen to live in Potchefstroom (Tlokwe)you might soon stay in the Kenneth Kaunda district municipality - now that is hilarious -another renaissance hero!! long may the circus continue...
0 Kudos