Why World Malaria Day is vital

For most people in Africa, World Malaria Day on 25 April is a day to remind the world of the impact that this killer disease has on this continent. The aim of the day is to boost awareness and curb the spread of the mosquito-borne infectious disease, which causes fever, headaches and, in severe cases, can lead to coma or death.

On World Malaria Day 2015, the World Health Organization is calling for high-level commitment to the vision of a world free of malaria. The vision is to reduce malaria cases and deaths by 90% by 2030 from current levels. Four countries have been certified free of malaria in the last decade and the post-2015 strategy sets the goal of eliminating the disease from a further 35 countries by 2030.

Get more information about the fight against malaria go to http://www.who.int/malaria/en/. 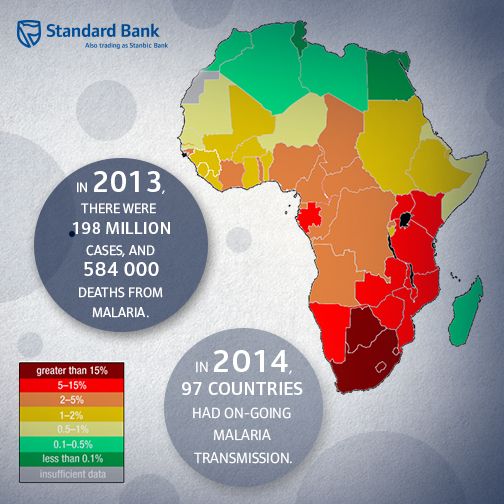