What is exxaro going this week.
0 Kudos
7 REPLIES 7

I've been making money trading, going short at around 131 and long around 125. got lucky this morning with drop as closed shorts and went long around 124.50 after bounced at 123.20 off its support of 122. I would def go long if it brakes its resistance at 134 as it would also have fully closed it's gap. but failing to close gap and brake resistance againn at 134, like this morning can send it back down again very quickly.
0 Kudos 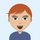 Gesh at what price is this share going to bottom ,its taken a pounding ?? any ideas?
0 Kudos

Hopefully close above 122 and bounce from here and possibly test 134 again. A sell below 117.
0 Kudos 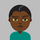 No pounding - just a bog standard correction. This share was way over-heated (like many others)and is cooling down a bit. It's currently trading between 122 which happens to be a Fibo support level, and 134, which is the top of the gap formed a few days ago. There is some money to be made by shorting at 133 and longing at 123 until a breakout at either end. I don't do these kinds of trades, but Barnard seems to have it taped though.

A while ago Tom suggested we look out for the Elliot abc, and I think this is where we are right now - it looks like the breakout upwards will happen once that gap at 134 closes convincingly. Otherwise the next support below 122 is at 109.
0 Kudos

union memebrs to go on strike , they might already be striking
0 Kudos