Huge day for all the talking heads and investors. ....and all those suckers hyped up to buy @ this over inflated price. Better luck next time.
0 Kudos

dude if you thinkt he listing price of $38is over inflated, wait to see what it trades at .. gonna be many $$ more ..
0 Kudos

(Most of you know the details already) - From Investec daily report: "Today is an historic day in the history of world stock markets as eight year-old Facebook lists on the Nasdaq with an initial market capitalisation in excess of $100bn. Selling $16bn worth of stock to the public, this will be the third highest amount of capital raised in an IPO and the most valuable company to make a debut listing on a US stock market. The Facebook listing will make several dollar billionaires, most notably its 28 year-old CEO, Mark Zuckerberg who with shares to the value of $19.1bn makes him the 29rd richest person in the world. But if one steps aside from the Facebook frenzy and analyses the finer details, there is not that much to get excited about in terms of long-term investment fundamentals. At 28x revenue and 103x earnings, Facebook will be one of the most highly priced large cap shares in the world. On a listing price of $38 and expectations to earn $0.61 this year, it places Facebook on a forward PE of 63x. Even if Facebook quadruples earnings over the next three years, it still places the share on a three year forward PE in excess of 25x. The Facebook listing is very expensive, whichever way you look at it. To put its valuation into context, Apple is trading on 13x historical earnings and Google on 19x. And if you compare Facebook to other successful IT companies, the investment case is questionable. Google has a sustainable competitive advantage in internet search and no real competitors. Microsoft had a near monopoly on most of the software market for several decades. Apple is an innovative company that has provided niche, market leading and high-margin products for many years. What does Facebook provide? It has a website that connects almost 1 billion people and no real competitors in its space. And those users are loyal Â– roughly half of them use Facebook on a daily basis. It also has strong brand recognition and devout followers. But other than its massive network of users, there are no major barriers to entry Â– costs to enter the market are low and regulation is almost non-existent. The future earnings and investment case for Facebook depends largely on (1) how Facebook monetises their large network, primarily via advertising and gaming revenue, and (2) how long Facebook remains the dominant company in its space. While Facebook is the certainly the flavour of the month, that does not necessarily mean it will be so several years out. There are many potential threats to FacebookÂ’s dominance in the social network space. And most importantly, and at over 100x earnings, its IPO is giving Facebook a lot of credit for future profit growth of the business several years out, which is anything but certain. Roy Topol"
0 Kudos

Plus,GM, which happens to be one of their biggest advertisers, is cuuting back on its Facebook ads...question is..How long will we wait before all the other dominoes fall?
0 Kudos

one advertisor means nothing, but it does point a flaw in the FB model .. GM spent a couple million on FB getting people to 'like' their GM FB page, GM can now talk directy to them without spending, risk for GM of course is that FB owns those people ..
0 Kudos

....and what then Simon ? Poof goes the bubble. This share is hyped up by investors like Goldman Sachs because they know what is coming. Its the .com bubble all over again - I remember it like yesterday. Facebook is not that special, and we all know it. Point is millions of wet behind the ears young people with a few bucks to invest don't. They will be the suckers taken for the biggest con in stock market history.
0 Kudos 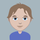 Anyone here going to be gettin sum? I think I'll watch and enjoy.
0 Kudos

Ford actually thinks Gm doesn't know what they're doing...http://www.businessinsider.com/ford-gms-facebook-ads-dont-work-because-gm-sucks-ours-work-fine-2012-... shows that some big advertisers still have faith in facebook
0 Kudos

what Facebook has is really difficult to take away. They have built their own monopoly, and everyone is free to try and shoot them from their perch, but what a struggle it will be until something simple yet highly innovative comes up to threaten them. You need only look at Google+ to understand that people dont need more than 1 "friend manager". And so long as the people are on Facebook, no other friend manager is going to cut in on the market. Alot of people dont care about free games, apps, etc. They care about the bare-bones service - keeping up to date with friends and family. Facebook got their first and it will be a long, long time (if ever) that someone else takes over imo. So its about how they drive revenue with what they have, and grow numbers.
0 Kudos

Mr 29th in our world, but not in theirs. There is no crossing over, you are born over there and you stay over there, totally anonymous like the unknown dynasties before you. The proof of their existence will be when the next person who puts out such a notion proceeds to disappear quite mysteriously. Want to try? I suggest to do it on Facebook.
0 Kudos

Thanks for the reminder. I'm largely dismissive of FB as an investment, but they do have a serious lock-in on their position. Will be fun seeing what the market really thinks.
0 Kudos

Would be interesting to see a prospectus or the FB roadshow. I wonder what kind of earnings growth they forecasted if any?
0 Kudos

Wow, the opening trade is taking a while. Nasdaq really doesn't want to stuff this up, so they're probably being seriously careful. Lots of retail investors who have probably never bought another stock but want this one, could be gumming up the opening bid. Aaaaand...now. Now? Anytime? Beuller? Ferris Beuller?
0 Kudos

- Closed 1% up on the day - somewhat underwhelming.
0 Kudos

So zuckerburg marries a doctor called Chan. Did they meet on Facebook.? eh eh
0 Kudos

So Zuckerberg turns 28, lists his company and marries in one week. God, these Americans are so melodramatic.
0 Kudos